As one of the largest cities in Florida in terms of population, Miami is no stranger to crime. In fact, according to statistics compiled by the Florida Department of Law Enforcement (FDLE), Miami-Dade County tops the list in terms of arrests, with more than 44,000 total arrests every year. Some involve minor misdemeanors, such as shoplifting, public intoxication, and disorderly conduct. However, many individuals are arrested for serious, violent crimes, including murder, aggravated assault, rape, and aggravated robbery.

You can take extra precautions to protect yourself, such as not walking alone at night and being alert about your surroundings. Still, there are places where you expect a certain level of safety, such as stores, restaurants, and other businesses. Owners have a duty to maintain safe premises, which may include implementing security measures in the presence of criminal activity. Unfortunately, some shirk their legal duty by ignoring crime. A Miami crime victims lawyer can advise you on legal options if a business owner failed to act in light of the following.

END_OF_DOCUMENT_TOKEN_TO_BE_REPLACED

Mold is an extremely dangerous environmental hazard that can cause a wide range of health issues and, unfortunately, it affects more homes than you might expect. ComfyLiving.net, an online resource for home décor, renovations, and trends, reports that an estimated 70% of all homes in the US have at least some traces of mold. Due to its attraction to warm, humid environments, mold is a grave concern for residents of Miami – especially renters in apartment buildings who have limited control over common areas and trust their landlords to tackle maintenance and repairs.

If you suffer from a medical condition that you think is linked to dangerous mold in your apartment complex, you may have options for recovering compensation. Time is of the essence with these cases, so retain a Miami premises liability lawyer asap for help with the legal issues. You should also familiarize yourself with mold infestations and your rights.

Dangerous Mold and Implications for Your Health

END_OF_DOCUMENT_TOKEN_TO_BE_REPLACED 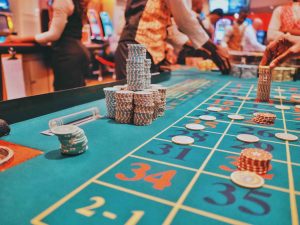 Gambling is big business across the US, but it has exploded in popularity in Florida in recent years. According to the American Gaming Association, the Sunshine State brought in record gaming revenue that averaged $557.8 million from 2017-2018 – the ninth consecutive year of growth. If you are one of the people contributing to these figures, your first concern might be how hard your wallet will get hit at the slot machines or Blackjack table. You are probably not focusing on the much more significant losses that can result from an injury-causing accident at a casino.

If your fun time turned tragic because of a casino accident, Florida law does provide you with legal options through a premises liability claim. However, these cases present more unique challenges compared to a typical slip and fall. You should trust your Miami personal injury and premises liability attorney to handle the details, but some key points might help you understand the important issues.

END_OF_DOCUMENT_TOKEN_TO_BE_REPLACED 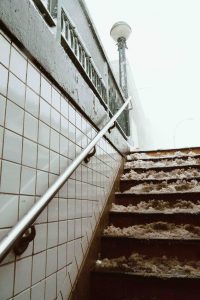 Every year, hundreds of people are hurt in accidents on property around Miami, including shops, restaurants, office buildings, apartment complexes, and others. In some of the incidents, the hazardous conditions that cause slip and fall injuries are linked to building code violations. While the Miami-Dade County Department of Regulatory and Economic Resources may issue a citation, the most an offender receives as punishment is usually a fine.

If you are a victim of such an accident, this fine is little consolation for the losses you suffer. Fortunately, you do have rights, and a Miami slip and fall accidents lawyer can assist with your claim. Plus, you may find it useful to review some general information on these cases.

Evidence of a Code Violation

END_OF_DOCUMENT_TOKEN_TO_BE_REPLACED 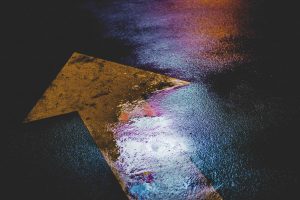 You may not expect to be hurt due to dangerous conditions on property, but a report from the US Centers of Disease Control and Prevention reveals shocking statistics: Accidental slips, trips, and falls are among the top two causes of non-fatal injuries in the US. It is true that clumsiness may be to blame in some situations, but many other injuries occur because of preventable errors. You should discuss your circumstances with a Florida slip and fall attorney right away, but some answers to common questions about property-related accidents may be helpful.

How do Slip and Fall Claims Work?

The familiar term “slip and fall” actually refers to a legal concept called premises liability in Florida. The foundation of these claims is negligence, a type of case that imposes a legal duty on property owners. If they fail to maintain the premises in a reasonably safe condition, they could be liable for a victim’s injuries.

END_OF_DOCUMENT_TOKEN_TO_BE_REPLACED

Recently, our Miami personal injury attorneys read a case in which the Florida Supreme Court issued a decision in Friedrich v. Fetterman & Associates, PA, reinstating a jury verdict for a plaintiff  injured in a law office chair while visiting a law firm to consult about an unrelated personal injury claim.

In Friedrich, the plaintiff, Robert Friedrich, was injured in a 2010 car accident. Following the accident, Friedrich visited the offices of the defendant law firm for a consultation about his personal injury claim. While meeting with one of the firm’s attorneys, the office chair in which Friedrich was sitting collapsed, causing him to fall and strike his head. Following the incident, Friedrich’s medical problems from the automobile accident worsened, and he ended up having surgery.

Friedrich file a law suit against the law firm he consulted. In his suit, he claimed the law firm had been negligent in failing to inspect the chair, or warn him of the dangerous condition posed by the office chair. At trial, Friedrich presented an expert to testify that the firm should have performed a “hands-on inspection” of its chairs every six months. The expert claimed that such an inspection would have revealed the defect which caused the chair to collapse. Fetterman’s expert testified that the best inspection or test for a chair is for someone to sit on it, and that any inspection, including a flex test, would not have revealed the defect.