As one of the largest cities in Florida in terms of population, Miami is no stranger to crime. In fact, according to statistics compiled by the Florida Department of Law Enforcement (FDLE), Miami-Dade County tops the list in terms of arrests, with more than 44,000 total arrests every year. Some involve minor misdemeanors, such as shoplifting, public intoxication, and disorderly conduct. However, many individuals are arrested for serious, violent crimes, including murder, aggravated assault, rape, and aggravated robbery.

You can take extra precautions to protect yourself, such as not walking alone at night and being alert about your surroundings. Still, there are places where you expect a certain level of safety, such as stores, restaurants, and other businesses. Owners have a duty to maintain safe premises, which may include implementing security measures in the presence of criminal activity. Unfortunately, some shirk their legal duty by ignoring crime. A Miami crime victims lawyer can advise you on legal options if a business owner failed to act in light of the following.

END_OF_DOCUMENT_TOKEN_TO_BE_REPLACED

The Miami-Dade County Sheriff’s Office continues to investigate the circumstances surrounding an early morning shooting that killed one man and injured two more at a local food market. According to an article in the Miami Herald, police received a report of shots fired in Miami’s Liberty Square neighborhood. Officers arrived at the neighborhood convenience store to find two injured men, one of whom died before EMTs arrived. Minutes later, officials received word that another individual – believed to be connected to the shooting – had arrived at a nearby hospital with a gunshot wound.

As details emerge on the causes and contributing factors behind the incident, victims and surviving family members may wonder about their legal rights regarding the shooting. If you were involved in a similar situation, you might also be considering your options. A Miami negligent security attorney can provide specifics, but answers to frequently asked questions about criminal activity on property may be helpful.

Do I Have Options Beyond Pressing Charges? While you may get closure through the criminal process, a conviction and jail time will not compensate you for your losses as a victim. Instead, you need to go through the civil lawsuit process to obtain damages for your medical costs, pain and suffering and other implications. Suing in civil court is separate from the criminal case in which the government is the plaintiff.

END_OF_DOCUMENT_TOKEN_TO_BE_REPLACED

Two assailants will face multiple criminal charges after a robbery and assault led to the shooting death of a 23-year-old man in South Florida. The Miami Herald provided some details in an October 19, 2020 article, reporting that surveillance cameras at a Walgreens captured the details of the incident. The video footage shows that the victim and a teenaged companion were inside the store when a motorist entered the parking lot and strategically positioned his vehicle with a view to the victim’s car. As the pair inside the store exited and walked to their own vehicle, two assailants emerged from their car and assaulted the victim and teenager. One suspect shot the victim, and both perpetrators fled the scene.

Law enforcement continues to investigate and will pursue criminal charges against the suspects, but the victim’s surviving family members may also have legal remedies under Florida law. A Miami personal injury attorney can explain how the concepts of premises liability and wrongful death apply in such a case, but an overview may also be helpful.

END_OF_DOCUMENT_TOKEN_TO_BE_REPLACED

Mold is an extremely dangerous environmental hazard that can cause a wide range of health issues and, unfortunately, it affects more homes than you might expect. ComfyLiving.net, an online resource for home décor, renovations, and trends, reports that an estimated 70% of all homes in the US have at least some traces of mold. Due to its attraction to warm, humid environments, mold is a grave concern for residents of Miami – especially renters in apartment buildings who have limited control over common areas and trust their landlords to tackle maintenance and repairs.

If you suffer from a medical condition that you think is linked to dangerous mold in your apartment complex, you may have options for recovering compensation. Time is of the essence with these cases, so retain a Miami premises liability lawyer asap for help with the legal issues. You should also familiarize yourself with mold infestations and your rights.

Dangerous Mold and Implications for Your Health

END_OF_DOCUMENT_TOKEN_TO_BE_REPLACED

You probably know that property owners have a duty to maintain their premises in a safe condition and free from reasonably foreseeable hazards. You might also be aware that there are limitations on this legal obligation. Under Florida law, property owners cannot be held liable in a lawsuit when a trespasser is hurt on their property. Even if you did not realize this limitation, you can understand the logic: The owner or party in control over the premises should not have to pay compensation to someone who was not legally present on the property.

There are exceptions to the trespassing rule, however, and one is of particular interest in Florida – where so many households and homeowners’ associations have installed pools. A Miami premises liability attorney can explain the operation of the “attractive nuisance” rule and how it affects your rights. An overview of the duty of property owners, limitations, and exceptions may also be helpful.

END_OF_DOCUMENT_TOKEN_TO_BE_REPLACED

In a lawsuit recently filed in the Miami-Dade Circuit Court, plaintiffs are seeking $25 million in damages from the owners of an apartment complex in Gladeview, a suburb just northwest of Miami. The allegations stem from an incident that occurred in November 2019, when a man was killed by a tenant while attempting to visit his mother at her apartment unit. The wrongful death case was filed on behalf of the victim’s widow, who claims that the defendants failed in their duties as property owners and other parties in control over the apartment complex.

While the allegations are very detailed in terms of facts, the lawsuit is based upon a concept termed premises liability in the practice of law. The key issue revolves around what the defendants did and did not do to keep the apartment complex safe for residents and their visitors. Because of the complicated legal issues, it is important to work with a Miami negligent security attorney if you were hurt because of criminal acts on property. An overview may also be helpful.

END_OF_DOCUMENT_TOKEN_TO_BE_REPLACED

While often referred to as “slip and fall” accidents, the nature of your legal rights falls under the category of premises liability if you were hurt in such an incident. As with many other personal injury claims, the basis of these claims is negligence. You can recover compensation if you can prove that a property owner knew or should have known about a dangerous condition on the premises, and that person or entity failed to address it – either by fixing the hazard or warning others.

However, the language “knew or should have known” often confuses people in terms of proving the essential elements of a premises liability case. In short, the phrase relates to a property owner having notice of the dangerous condition. The legal details are much more complicated, which is why you should trust a Miami slip and fall accidents attorney to assist with your case. Some general information may also be helpful.

END_OF_DOCUMENT_TOKEN_TO_BE_REPLACED

If you were injured in a slip and fall accident or other incident that occurred because of dangerous conditions on property, you probably know that you have options under Florida law. It is possible to recover compensation for your losses, either through an insurance claim or in court. However, you may not understand the legal nuances and subtleties involved with these claims, which fall under the concept of premises liability.

As a result, if you try to represent yourself, you are more likely to make mistakes in the immediate aftermath and later on in the legal process. Ultimately, your claim may be denied or you will be forced to accept a lowball amount to settle it. You can avoid the first, most crucial error by retaining a Miami premises liability lawyer right away. In the meantime, keep in mind the following points so you do not hurt your chances of receiving full compensation.

END_OF_DOCUMENT_TOKEN_TO_BE_REPLACED 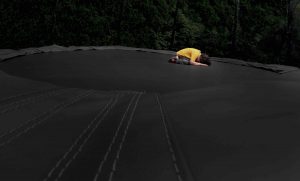 Indoor trampoline parks seem like an ideal way to spend an afternoon with the family, but there are serious risks amidst all that fun. According to SafeBee, an initiative from United Laboratories (UL) dedicated to making neighborhoods and communities safe, the experience for many participants is cut short by a visit to the emergency room. There has even been one recorded fatality due to a broken neck incurred while jumping. The concerns for parents are troubling and understandable, since indoor trampoline parks are particularly appealing to children.

If you or someone you know was hurt in an accident while jumping at a trampoline park, a Miami premises liability attorney can assist with your legal options. To understand what they are, some background information may be helpful.