Legal terminology can be complicated for anyone without a background in law, which is why there is often confusion over what happens after someone is hurt in a personal injury accident. Even if you know that you have options to recover compensation for the party responsible for causing your injuries, exercising your legal rights does not always mean going to court. You may be able to obtain monetary damages, including medical costs, lost wages, and pain and suffering, through a settlement.

This scenario and other details often lead people to misunderstand the difference between a “claim” and a “lawsuit.” In short, these two terms describe two distinct – yet potentially overlapping – stages of the legal process. You can learn the specifics by speaking to a Miami personal injury lawyer, but an overview of claims versus lawsuits may be helpful.

END_OF_DOCUMENT_TOKEN_TO_BE_REPLACED 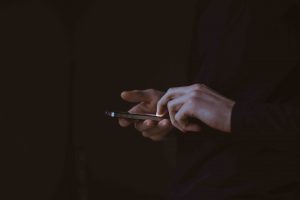 Billions of people around the world are active on social media on a regular – sometimes hourly – basis, according to data published by social media intelligence company BrandWatch. There are 2.2 billion users spending an average of 142 minutes per day on such platforms as Facebook, Twitter, Instagram, and others. Based on the popularity of social media and ability to stay in touch with family and friends, it is no surprise that victims of auto collisions often share information regarding their ordeal with their network

Unfortunately, there is such a thing as sharing too much. A Miami car accident attorney can explain in more detail, but you should understand why some of your actions adversely affect your crash claim.

Why Avoiding Social Media is Important

END_OF_DOCUMENT_TOKEN_TO_BE_REPLACED

The Need for Expert Bias Discovery

While most victims will use their own doctors and have those doctors testify, defendants will often use outside, non-treating doctors, to provide testimony. Those doctors can’t provide an opinion based on treating the victim, because they’re not the victim’s doctor. But they can and often do render an opinion based on review of medical records, or even a one-time medical examination of the victim.

END_OF_DOCUMENT_TOKEN_TO_BE_REPLACED

When people are injured because of the negligence of another, it may be natural to think that filing a lawsuit is the immediate next step in order to get reparation for injuries. But in fact, there are many steps that often occur before a lawsuit is filed, and which are necessary to develop your case, if a lawsuit becomes necessary.

The obvious first step in developing an injury case is for you to recover or try to recover for your injuries. Filing a lawsuit before you have had sufficient time to treat and recover is often a bad idea. In many cases, you may undergo months of therapy, and end up needing surgery. In other cases, the therapy may almost completely bring you a full recovery. But it’s impossible to know which will be the case until you have undergone medical treatment (this is often called MMI, or maximum medical improvement).

END_OF_DOCUMENT_TOKEN_TO_BE_REPLACED

It’s pretty basic that when you are litigating a case involving personal injuries, you need evidence to prove your case in court. In fact, much of what happens before trial involves disputes over what evidence can be obtained and which evidence the negligent defendant is not required to produce.

One category that doesn’t have to be produced is known as “work product.” This term has a specific legal definition, but in practical terms, anything deemed work product may be very difficult for you to obtain to prove your case.

What is Work Product?

END_OF_DOCUMENT_TOKEN_TO_BE_REPLACED

If you’re injured on someone else’s property, you may not give much thought as to whether your case involves ordinary negligence, or premises liability. In fact, the terms sound practically identical in many ways. But legally, and to injury lawyers that specialize in premises liability cases,  the distinction can make a big difference as to whether you’re entitled to recover for damages or not.

A recent case has examined the distinction between the two terms. The case involved a victim who was shot in the leg while attending a party at an apartment complex. The victim did not live at the complex.

END_OF_DOCUMENT_TOKEN_TO_BE_REPLACED

Many families in Florida admirably and nobly care for children with mental disabilities, even into the child’s adulthood. Doing so can be a huge obligation, financially and emotionally.

Many of those children may have disabilities that make them dangerous. What responsibility does a parent of a dangerous adult child have towards others? And if you’re injured by an adult, what right do you have to sue the child’s parents if they knew the child was dangerous?

One case decided earlier this year has set some guidelines on these questions.

END_OF_DOCUMENT_TOKEN_TO_BE_REPLACED

If you are injured and file a lawsuit for damages, in many cases, the other side may settle with you before a trial is needed. In return for paying you damages for your injuries, the negligent party often may want a confidentiality provision in your settlement agreement.

END_OF_DOCUMENT_TOKEN_TO_BE_REPLACED

If you are injured in a fall on a business owner’s premises, a crucial question will be whether the dangerous condition was “open and obvious” to you. The open and obvious doctrine can be a difficult hurdle to overcome for injured victims seeking damages for their injuries, but a case earlier this year may have made that hurdle a little lower.

What is Open and Obvious?

As the name implies, an open and obvious condition is one which is out in the open, and readily observable to anyone demonstrating due care. Generally, we all have a duty to look out for our own safety. This includes avoiding dangerous conditions that are open and obvious.

END_OF_DOCUMENT_TOKEN_TO_BE_REPLACED

Liberty City nightclub, The Spot, was the scene of a massive shooting on Sunday, September 28th early in the morning. The nightclub which is located at NW 7thave and 64th street in Miami, was hosting a party when gunfire broke out randomly throughout the club. According to sources, 15 people were shot, including many under the age of 21.  It was initially reported that the club obtained a liquor license this past April and was legally permitted to serve alcohol until 3 am.  Yet, its doors appear to have been open to minors of nearly all ages. In fact, a young girl only 12 years of age was in the nightclub during this shooting. One of those critically wounded was a 15 year old boy.

As the criminal investigation continues, more information about the potential negligent and illegal operations of this business are trickling in. Our Miami Crime Victim Lawyers are keeping a close eye on the criminal investigation and representing one of the innocent shooting victims. Earlier today, news reports were that the club manager was arrested. It was also reported that the club was licensed to operate as a business but not a “nightclub”.  Other news reports state that the “Spot” may only have been licensed to sell beer and wine only.

Under Florida common law negligence principals, property owners and operators have a duty to maintain their premises in a reasonably safe condition.  The latest news reports of numerous violations may be proof of not just ordinary but “gross negligence” under Florida law.  This could open the door to potential punitive damages under Florida Statutes 768. 72.