Despite ongoing supply chain issues and traffic disruptions due to COVID-19, Miami-Dade officials recently announced that PortMiami experienced its busiest cargo year in history for Fiscal Year 2021. A November press releasee pointed out that more than 1.25 million standard container units flowed through South Florida’s largest port from October 1, 2020 to September 30, 2021, representing a 17.6% increase over the previous year. Port officials were able to accomplish this feat without delays or vessel congestion, even with the added challenge of the PortMiami being the busiest in the world for passenger travel.

Of course, with this increase in port activity and potential for additional spikes, there is an associated rise in maritime accidents. Cargo ship crew, dock workers, crane operators, and other longshoremen are exposed to innumerable hazards in this environment, and working around water is just the tip of the iceberg. A Miami maritime injuries attorney can assist with the legal process if you were hurt, but a look at the types of trauma and overview of relevant laws may be helpful.

END_OF_DOCUMENT_TOKEN_TO_BE_REPLACED

The cruise industry is a huge draw for millions of Floridians and visitors from other US states, which is why COVID-19 no-sail orders have been devastating for people who wanted to get away on a sea adventure during 2020. As such, a recent announcement by the US Centers for Disease Control and Prevention (CDC) comes as welcome news for anyone looking forward to a vacation. The CDC released its Conditional Sailing Order for Cruise Ships on October 30, 2020, opening the door for future sailings. In the document, the CDC outlines requirements cruise companies must follow to mitigate the risk to passengers and prevent the spread of COVID-19.

However, while the announcement may seem to be a positive development, there are still many concerns. If you contracted COVID-19 or any other illness while on board, you should discuss your legal options with a Miami cruise ship accident lawyer. Some information on the recent CDC order may also be helpful.

END_OF_DOCUMENT_TOKEN_TO_BE_REPLACED

The general consensus is that teens are more likely to be involved in car accidents than adults, and the statistics support this theory. Data gathered by the US Centers for Disease Control and Prevention reveals that vehicle crashes are the leading cause of death for motorists from 16 to 19 years old, at around six teens per day. Plus, almost 300,000 younger drivers are treated in emergency rooms for auto accident injuries every year.

However, teens are not the only individuals at risk when they are behind the wheel. Everyone sharing the roadway with them could be impacted, including other motorists, bicycle riders, and pedestrians. If you were hurt in a teen driver crash, Florida law does provide you with legal options. A Miami car accidents attorney can explain them in more detail, but you might find it useful to review some of the top cases of teen auto collisions.

END_OF_DOCUMENT_TOKEN_TO_BE_REPLACED 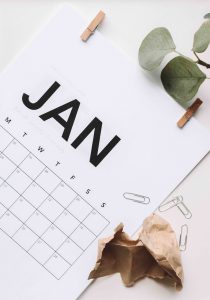 You may be familiar with Florida’s four-year statute of limitations on filing a car accident lawsuit, but you are probably not aware of another crucial deadline — the 14-day time limitation on getting medical treatment for your injuries. For some auto crashes, the deadline will not be an issue because you are badly hurt and need emergency care. However, for certain types of injuries, victims may not experience pain or other symptoms for quite some time – making the 14-day time limit an important factor.

A Miami car accident attorney can explain the laws and relevant legal concepts in more detail, but you can read on for some background information.

END_OF_DOCUMENT_TOKEN_TO_BE_REPLACED 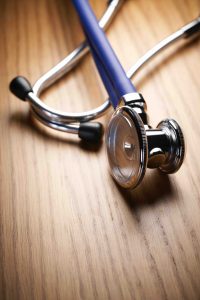 Unless you are unconscious or transported to the emergency room by first responders, you will have an important decision to make regarding your health care after a Miami car accident: When should you go to the doctor? You might be surprised to learn that may vehicle crash victims put off getting medical treatment, which can have adverse consequences for their well-being and their rights. So, how long do you have to seek medical care if you were injured in an accident?

As a Miami car accident attorney will tell you, the best answer is to get treatment right away – or at most within 72 hours after you were hurt. However, it is just as important to understand the reasons behind this recommendation.

Your Health is Your First Priority: Auto collisions involve a violent blow to your body, possibly causing both visible and not-so-obvious injuries. You need proper evaluation by a health care provider to obtain an accurate diagnosis, receive essential treatment, and get on the road to recovery. Some medical conditions will worsen without medical treatment, potentially leading to permanent, life-altering consequences.

END_OF_DOCUMENT_TOKEN_TO_BE_REPLACED 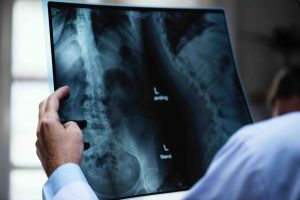 The violent force of a Miami auto collision can lead to severe trauma to the neck and back, and these injuries are complicated because a victim may not experience any immediate symptoms. If you are involved in a crash, it could be hours or days until you start to feel pain. During this time, you could sustain even more serious medical issues because you did not seek treatment.

It is always a good idea to visit a doctor right away after a crash, since a health care provider can conduct an MRI, CT scan, or other screening to diagnose a neck or back injury. Once you are on the road to health, you should consult with a Miami car accident lawyer. Considering how these injuries can result in short- and long-term implications, you will need assistance with your claim for compensation.

Common Neck and Back Injuries from a Car Accident

END_OF_DOCUMENT_TOKEN_TO_BE_REPLACED 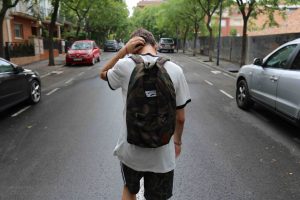 With school soon to be back in session around Miami-Dade County, there are many nervous parents who will be signing their children up for driver’s licenses courses and training. If you are one of them, it is understandable that you are feeling apprehensive: According to the Florida Department of Highway Safety and Motor Vehicles 2017 Annual Report, there is a yearly average of 62,992 car accidents involving drivers aged 15 to 20 years old. They may cover just a five-year age span, but these young motorists are responsible for over 16% of all crashes.

As a parent, you can do your part to reduce the likelihood of your child being in a car accident in Miami. A few tips may be helpful.

Be an Involved Parent

END_OF_DOCUMENT_TOKEN_TO_BE_REPLACED

If you were hurt in an accident and have exhausted settlement negotiations with the responsible person’s insurance company, the next step is filing a lawsuit in court. As part of the proceedings, you may be required to engage in a process called mediation, so it is important to understand what to expect. Your Miami personal injury lawyer can explain mediation and will be at your side to ensure the protection of your legal rights. However, some answers to common questions about mediation may provide a helpful overview.

In sum, mediation is an informal hearing during which the parties sit down with a mediation professional who attempts to guide them toward compromise in a personal injury case. The mediator is an impartial, neutral party who is specially trained to encourage productive conversations and effective communication. Through these efforts, the parties are often able to resolve differences and come to a mutually acceptable settlement regarding compensation.

END_OF_DOCUMENT_TOKEN_TO_BE_REPLACED

On Monday, September 3, South Florida was battered by heavy rain and winds due to Tropical Storm Gordon. The tropical storm formed near the Florida Keys early that morning and moved west-northwest into the southern area of the United States. The unfavorable weather conditions did more than close beaches on the holiday weekend. The increased the risk of flooding and made the roads particularly wet and dangerous. It is no surprise that on Sept. 3, Miami-Dade County had multiple car crashes, creating significant traffic delays and leading to at least one fatality. Around 10 a.m. on Labor Day, Alfredo Cobas, 47, lost control of his truck while traveling north on I-95. Cobas’ truck hit an inside wall and spun multiple times. He was ejected from the vehicle, and Miami Fire Rescue pronounced him dead at the scene. Two other crashes took place shortly after on the MacArthur Causeway and on I-395, near the Biscayne Boulevard ext. A few hours later, another collision occurred on I-95 headed north. Witnesses saw a vehicle stuck underneath a large tanker.

Driving in the rain with wet roads and reduced visibility requires extra care. When drivers fail to pay greater attention to the road and their actions, crashes occur. If you or a loved one were hurt in a car accident due to another driver’s negligence in the rain, do not hesitate to contact a Miami car accident attorney from Gerson & Schwartz P.A. at (305) 371-6000.

Rain Is the Deadliest Weather

END_OF_DOCUMENT_TOKEN_TO_BE_REPLACED

According to various sources, an actress who is known for playing a character in the television series “Quantico,” has filed a lawsuit against two drivers and two California state agencies over a three car accident that happened last February in Los Angeles. One of the cars involved in the wreck was a state emergency vehicle.

The actress reportedly claims that she lost a significant amount in potential compensation due to the ordeal while she was riding in an Uber driven car. According to the suit, the actress is not suing the driver of the Uber vehicle that she was riding in.

According to the California Highway Patrol accident report, one of the officers at the scene found the driver of the non-emergency vehicle to be at fault. The report stated the determination was made that the first driver made an improper lane change which then forced the ambulance to swerve into the lane that the actress was riding in.