If you were recently injured in a Miami car accident, slip and fall on property, or through other forms of negligence, you might currently be working with the responsible party’s insurance company to obtain compensation. Filing an insurance claim is typically the first step your Miami personal injury lawyer will take in such a case, followed by settlement negotiations with the insurer.

However, you may not be as familiar with what happens if the insurance company refuses to settle for a fair, reasonable amount: The civil litigation process that starts when you file a lawsuit in court. Suing the responsible party to recover monetary damages triggers an entirely different legal process, so you should become familiar with the key stages of your case.

END_OF_DOCUMENT_TOKEN_TO_BE_REPLACED

The National Highway Traffic Safety Administration (NHTSA) conducts many different public awareness campaigns throughout the year, and an upcoming event should be of particular interest to parents of younger motorists. National Teen Driver Safety Week runs from October 18-24, 2020, a week during which the NHTSA reminds parents to have conversations with their kids about critical safety rules. The statistics should convince you of the importance of such discussion:

END_OF_DOCUMENT_TOKEN_TO_BE_REPLACED

For a potential passenger, booking a trip through a Miami rideshare company is a simple process that involves just a few clicks on the mobile app. From the perspective of an Uber or Lyft driver, interacting with the app is slightly more complicated. The underlying reason is grounded in the relationship between a rideshare service – defined as a ‘transportation network company’ (TNC) under Florida law – and the person who provides the services using his or her own vehicle. TNC drivers are independent contractors instead of employees, eliminating the possibility that you can pursue the rideshare company if you were hurt in a vehicle collision.

However, the distinction does not take away your rights as an Uber or Lyft accident victim. Instead, the focus is on the TNC driver’s usage of the app, based upon three key periods of interaction. A Miami rideshare accidents lawyer can explain in more detail, but a general description may be helpful.

END_OF_DOCUMENT_TOKEN_TO_BE_REPLACED

Shark attacks result in deaths each year in Florida, as well. Interestingly, the most likely group of people to be injured in a shark attack are surfers. Fishermen, scuba divers, and swimmers are also at high risk of being attacked by a shark. While sharks get a lot of attention in the media for being dangerous animals, the likelihood of being attacked by a shark is extremely low, and the odds of being killed in that shark attack are even smaller.

Comparing the danger of selfies against the danger of shark attacks is a good exercise in thinking about risk. Even though more people have been killed while taking selfies, that does not mean taking a selfie is inherently dangerous. Every instance in which someone was killed while taking a selfie, their own negligence. In legal terms, this is called contributory negligence or comparative negligence. For example, In Japan, a 66 year old man fell down some steps and had a heart attack after taking a selfie. If the steps were slippery because something had been spilled there, and the property owner was aware or should have been aware of the hazard, then the owner could be partly responsible for the man’s injury. In Florida, the court would compare how much each party was at fault and only compensate the injured party to the extent they were not at fault for their own injuries.

END_OF_DOCUMENT_TOKEN_TO_BE_REPLACED

Anyone who rides a bike around the streets and designated bicycle lanes of Miami knows that it can be a truly harrowing experience. You are sharing the road with sizable vehicles rushing through heavy traffic, and your feeling of vulnerability is amplified by the fact that you are not protected by a metal shell. As such, you would probably not be surprised to learn that South Florida is a hot spot for bicycle accidents. According to a South Florida Sun-Sentinel article published on March 3, 2020, several municipalities in Miami-Dade and Broward Counties fall far below the statewide average of 4.8 when cyclists ranked them on a scale of 1 to 10.

Though you cannot always avoid bike collisions that are caused by negligent motorists, you can pursue the responsible driver for compensation. Trust a Miami bicycle accidents attorney to handle the details, but some basics on the risks and your rights may be useful.

END_OF_DOCUMENT_TOKEN_TO_BE_REPLACED 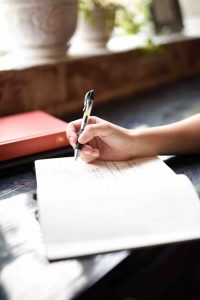 Besides hiring a Miami car accident attorney, one of the most important things you can do as the victim of a crash is to start a journal regarding your experiences. You will face considerable challenges in attempting to recover compensation through an insurance claim, since you can expect the adjuster to dispute everything from fault to the nature of your injuries. Having your own documentation enhances your credibility, provides support for damages claim, and helps your lawyer fight for your rights. Plus, a diary can also serve to refresh your memory regarding details you may not be able to recall.

Here are a few items to include when starting your post-accident journal.

Details Regarding the Accident

END_OF_DOCUMENT_TOKEN_TO_BE_REPLACED 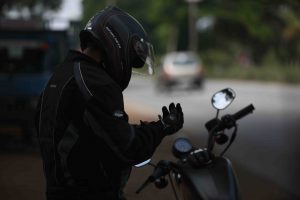 Responsible motorcycle riders in Miami are well-aware of the traffic regulations and safety tips published by the National Highway Traffic Safety Administration, so the vast majority do not take unnecessary risks. Unfortunately, other drivers and the general public may not see you as a safety conscious, law-abiding rider. Many suffer from bias that limits their thinking, and it can also affect you if you are injured in an accident. Prejudice may impact your claim with the responsible driver’s insurance company, and there may be implications if you take your case to court.

The good news is that there are legal strategies to help overcome the bias against motorcycle riders and ensure you are treated fairly. A Miami motorcycle accident attorney can assist with these and other challenges to get the compensation you deserve as a victim.

Sources of Bias Against Motorcycle Riders

END_OF_DOCUMENT_TOKEN_TO_BE_REPLACED 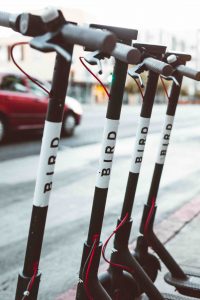 Miami city commissioners recently announced a six-month trial program to implement 300 electric scooters across District 2, a region that incorporates the downtown area, Coconut Grove, Morningside and Edgewater. An article appearing in the South Florida Sun-Sentinel outlined the plan involving Bird, Lime, and other companies that operate the dockless rental vehicles, familiarly called “e-scooters.” The announcement comes as good news for people looking for a convenient, affordable, and sustainable option for getting around town. A user simply downloads the app, pays low fee to unlock the e-scooter, and then drops it off when finished.

E-scooter programs in Coral Gables and Fort Lauderdale have been quite successful, especially among students. Opponents argue that e-scooters increase the likelihood of traffic-related accidents. Fortunately, injured victims may have rights under well-established legal rules regarding negligence, and a Florida personal injury lawyer can explain in more detail. Still, to reduce the risk of accidents, you should review some safety issues and tips regarding e-scooters.

END_OF_DOCUMENT_TOKEN_TO_BE_REPLACED

The recent deadly collapse occurred in Miami in mid-October of 2016. Construction workers set up scaffolding on the outside of a high-rise building. Without warning, the scaffolding failed. The collapsing scaffold cast debris in all directions injuring workers and passers-by alike. The person killed as a result of the collapse died from a heart attack as a result of fleeing from the falling structure. The debris crashed down on a worker’s head who, despite wearing a helmet, suffered a severe laceration to his head.  The cause of the accident remains under investigation by the Occupation Safety and Health Administration (OSHA).

OSHA’s primary function is to protect workers from unsafe or unhealthy working conditions.  Accordingly, OSHA issued safety standards for scaffolding use. The safety standards impose an obligation on employer and employee alike to make sure that they are using scaffolding appropriately and safely while on the job. The security requirements may seem so obvious that they need not be stated. Notwithstanding, scrupulous adherence to the rules can save lives and prevent injuries.

END_OF_DOCUMENT_TOKEN_TO_BE_REPLACED

According to CNBC, the United States Department of Justice (DOJ) uncovered a $1 Billion scheme to defraud Medicare and Medicaid. As a consequence of this investigation the owner of more than 30 Miami-area nursing homes, Philip Esformes, was indicted by a federal grand jury in July of 2016. The DOJ also accused a physician’s assistant and hospital administrator for their role in stealing and laundering money from the federal government since 2009.  The depth and breadth of the fraudulent scheme shows how elders and the infirm are at the mercy of unscrupulous health care providers. Miami personal injury attorneys who have experience recovering damages for injuries and abuse in nursing homes will fight to protect your loved one in a nursing home or long-term care facility.

The DOJ alleges that Esformes, with assistance from the other individuals involved, bilked the faltering health care system to fund a ridiculously lavish lifestyle. All at the expense of some of our most vulnerable people in our community: the elderly and the poor. Prosecutors alleged that Esformes subjected his residents to unnecessary medical treatments so that he could bill Medicare for the treatment. Additionally, and perhaps most egregiously, Esformes allegedly drugged some of his patients with prescription narcotics. The over prescription of narcotics renders the patient incapable of weaning themselves off of the drug. As a result, the patient remained bound to the facility because they were addicted to the painkilling drugs. Prosecutors referred to this abuse as a “cycle of fraud.”

Local law enforcement authorities are aware of the problem. The United States Attorney for the Southern District of Florida, which represents the Miami-area, indicated that the South Florida area is replete with Medicare and Medicaid fraud. Consequently, law enforcement is paying close attention to facilities in the hopes of preventing this type of wide-spread fraud in the future.