The US Consumer Product Safety Commission (CPSC) announces recalls of dangerous or defective products throughout the year, but its reports are especially important around the holiday season. This time of year, the stores are packed with shoppers and people are going online to search for the perfect gift for loved ones. The last thing you want is for a hazardous product to cause injuries to yourself or the recipient, but this is exactly what could happen when manufacturers and other entities in the supply chain do not take measures to ensure their products are safe.

While you should always trust a Miami product liability attorney to handle the legal tasks if you were hurt, check out some of the recent product recalls before going holiday shopping this year.

END_OF_DOCUMENT_TOKEN_TO_BE_REPLACED

The last place you should worry about suffering injury is when you are lying in bed and relaxing, but the experience was quite the opposite for several victims who were hurt while sleeping in defective beds. A November 15, 2020 article in the Miami Herald outlined the details of a recent recall jointly announced by the US Consumer Product Safety Commission and manufacturer Zinus. The recall covers 26,000 metal bunk beds that were not welded together properly, causing the upper bed to collapse. There have been 13 accidents reported involving the defective products, and victims have suffered serious injuries when falling or being crushed by the upper bunk.

If you were hurt by any type of product, it is essential to speak to a Miami products liability lawyer about your circumstances. You may have options regardless of a recall, but you should understand the basics about your rights when a product is withdrawn because of serious defects.

END_OF_DOCUMENT_TOKEN_TO_BE_REPLACED

If you take certain medications for high blood pressure, heartburn, ulcers, and related medical conditions, you may be aware of multiple product recalls announced during 2019 and continuing throughout 2020. The US Food and Drug Administration (FDA) outlines the risks involved with these prescription and over-the-counter drugs, which may contain unsafe amounts of N-Nitrosodimethylamine (NDMA) – a substance recognized by US officials and international medical groups as having the potential to cause cancer.

While the NDMA contamination may seem like a typical dangerous drug case, there are several factors that make these matters complicated. You can trust a Miami products liability lawyer to explain the laws and assist with your legal remedies, but some basic information may be helpful.

END_OF_DOCUMENT_TOKEN_TO_BE_REPLACED

Talc-based baby powder has been a flagship product for Johnson & Johnson since 1894, but litigation alleging that the product causes cancer has plagued the company for years. Several jury verdicts, settlements, and billions of dollars in product liability damages have dealt a devastating blow to profits. As such, Johnson & Johnson executives made the decision to discontinue making talc baby powder, which may contain the carcinogen asbestos. Despite the move, company officials insisted that the product is safe in a recent Miami Herald article.

All existing inventory of talc baby powder will remain on store shelves and available to consumers through retailers, so the threat persists for users – and women are particularly at risk. It is important to reach out to a Miami products liability lawyer to discuss your legal rights if you suffered harm, but you should become familiar with the basics about Johnson & Johnson talc baby powder litigation.

END_OF_DOCUMENT_TOKEN_TO_BE_REPLACED

A number of construction workers were seriously injured this week when a crane-load of rebar fell onto them at a Brickell construction site. The crane was moving some rebar overhead when the load unexpectedly fell, injuring at least six workers at the Florida construction site, with two of those workers being impaled through the torso. At least one of the victims remains on a hospital ventilator, in serious condition.

In the incident above, the rebar allegedly fell onto and injured the construction workers as a result of defective construction equipment. The Construction Company operating the site claimed on social media that the steel cage of the crane came loose while it was transporting the rebar overhead, resulting in the injuries to those workers positioned below. The Occupational Safety and Health Administration is currently investigating the incident, but if it turns out that defective crane equipment was the cause of the accident, then those injured may have legal recourse through a product liability claim in addition to their workers’ compensation benefits.

END_OF_DOCUMENT_TOKEN_TO_BE_REPLACED

When you think about the most common factors behind personal injuries, you probably assume that motor vehicle crashes and accidents on property will top the list. To a certain extent, this is true, but you are not always safest under your own roof. There are some hazards that may be lurking in your own home without you knowing, and they can lead to injuries when you least expect it. Some of these consumer products are unsafe by their nature, while others are only dangerous because they contain a defect that could lead to injuries. Many disproportionately affect children and the elderly, while others pose a risk for anyone in the household.

If a defective product in your home caused injuries, it is important to reach out to a Miami products liability attorney who can advise you on your legal options. Meanwhile, review this list of dangerous items, check your home, and make necessary adjustments to protect your family.

END_OF_DOCUMENT_TOKEN_TO_BE_REPLACED 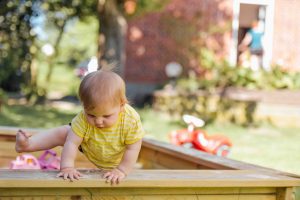 Now that 2019 is more than half over, parents may find it helpful to review some of the top children’s products that have been recalled due to dangerous defects and safety hazards. The Consumer Product Safety Commission Recall List includes a wide array of items, but clothing, toys, and other products dedicated for use by children are especially concerning because of the vulnerability of the end user. Children are typically unable to recognize flaws in the design or manufacturing process, and they may not appreciate the inherent risks involved with certain products.

If your child suffered injuries because of a recalled product or any other consumer item, you should discuss your legal remedies with a Florida products liability attorney. An overview of the top children’s product recalls for the first half of 2019 may also be helpful.

END_OF_DOCUMENT_TOKEN_TO_BE_REPLACED

When we think about our smartphones, we think about devices that can potentially save our lives: we use them to call 911 after an accident, to let others know of our locations, and we even store our medical information in them to let others know of any allergies or health conditions we have. However, what if your phone causes you injury? Recently, it was discovered that the Samsung Galaxy Note 7 phone would catch on fire—in fact, it would even reportedly explode—due to a malfunction with the battery. In these cases, Miami personal injury attorneys could sue the cell phone manufacturer, or any one in the stream of commerce on behalf of injured victims in a products liability lawsuit.

One Florida man has already filed suit against Samsung. The plaintiff, Jonathan Strobel, was shopping in Costco when his Galaxy Note 7 exploded, causing a second-degree burn. Strobel is seeking compensation for medical bills, pain and suffering, lost wages, and other damages. And in fact, the number of lawsuits may grow. So far, Samsung has received 92 reports of issues caused by the batteries. Twenty-six users have reported burns, and 55 have reported property damage. As more reports trickle in, Samsung may have a number of claims to defend. Miami products liability attorneys file claims making at least one of the following allegations: that a product’s design was flawed, that it was manufactured improperly, or that it failed to properly warn consumers of the potential risks of using it. In a defective design case, a plaintiff argues that the design of the product itself caused the harm. For example, in the Galaxy Note 7 example, if the materials in the battery made it overheat and eventually ignite, the issue was in the design of the battery.

If the manufacturing of the product was the problem with the Galaxy Note 7, parties will argue that an issue in the factory caused the batteries to catch on fire. Perhaps the wrong materials were used by mistake in a certain batch of phones, which led to the overheating. If inadequate warnings were the issue, plaintiffs will allege that Samsung did not provide proper warnings about the risk of the batteries overheating and the phones igniting, if the company was aware that this was a possibility.

END_OF_DOCUMENT_TOKEN_TO_BE_REPLACED

Today’s vehicles are built in a way to ensure the safety of each and every individual riding within them. Yet, manufacturing defects do occur. Some defects can lead to catastrophic injuries or even death. Defective airbags can lead to such injuries. Recently, six fatalities were traced to the Takata airbag defect. For drivers involved in airbag-deployment accidents, instead of their airbag saving them, it shoots out shards of metal right through the airbag. This led to millions of recalls. In March of 2015, a 2003 Honda Civic crashed in Florida, and its driver did not survive.  Police reports later linked the driver’s fatality to a faulty airbag inflator that basically ruptured in the crash.

END_OF_DOCUMENT_TOKEN_TO_BE_REPLACED

Hover boards were a highly popular gift, if not the most popular gift, during the holiday season of 2015. Yet, beyond their popularity lurks countless cases of personal injuries relating to the hover boards. Miami’s Jackson Memorial Hospital has seen over 10 hoverboard-related patients with injuries involving broken bones, concussions, and contusions. In one Miami, Florida case, a child was riding on a hoverboard when its batteries died and “locked up.” The child “snapped his arm in half and broke his wrist.” This injured child’s parents say the manufacturer should be held liable as they had knowledge that their hover boards were dangerous; “[t]hey know that there are issues of safety and they’re selling them anyway.”