A family continues to mourn the passing of their loved one in a recent fatal shooting in Miami, even as they plead with the public for answers and information to help identify the gunman. An article in the Miami Herald covered the May 9, 2021 incident, which started as a fight in a local fast food restaurant. Witnesses reported that two customers began fighting, and one man punched an employee of the business when he tried to intervene. Immediately thereafter, the other individual pulled out a firearm and shot the customer with whom he had just been fighting. The victim was pronounced dead at the scene, while the suspected shooter escaped.

Under the circumstances, the victim’s family may have legal options under Florida wrongful death laws. The remedy may not be what you expect, since survivors might opt to pursue the restaurant instead of the gunman. A Miami wrongful death attorney can provide details, but some answers to FAQs might be helpful.

What is a wrongful death case? These claims are a type of personal injury claim that allows surviving family members to seek compensation when their loved one is killed because of negligence. It is true that the victim in the recent shooting died because of a deliberate shooting, but the point is not the suspect’s intentional act: The source of the negligence is the restaurant’s misconduct in not ensuring the property was safe.

END_OF_DOCUMENT_TOKEN_TO_BE_REPLACED

You might not be surprised to learn that heart disease and cancer are the top two leading causes of death in the US, but the third may come as a shock: According to the US Centers for Disease Control and Prevention, unintentional accidents claimed the lives of 169,936 people in 2017 – a 4.2% increase over the previous year. There are many different causes and contributing factors behind accidents, but they are usually preventable and only occur because of someone else’s negligence.

Losing a loved one in such a tragedy is emotionally overwhelming, but there are additional implications for your life. You may struggle financially without the support of the victim, and the void left behind may seem impossible to fill. Though you cannot bring back your family member, you may have options to recover compensation under Florida wrongful death laws. You can trust a Miami wrongful death lawyer to handle the details, but an overview of the legal basics may be useful.

END_OF_DOCUMENT_TOKEN_TO_BE_REPLACED

With 2020 already well underway, it can be helpful to review fatal car accident statistics from previous years as a way of comparing trends. According to the Florida Department of Highway Safety and Motor Vehicle (FLHSMV) Crash Dashboard for 2018, there were 64,627 collisions in Miami-Dade County, killing 293 victims. The data for 2019 indicates a drop in the number of total accidents, down to 64,495; however, the number of fatalities was higher, as 335. So far this year, 29 people have been killed in 5,915 crashes.

A fatal auto collision involves implications that extend far beyond the loss of life. Surviving loved ones lost a family member, often one they depended upon for financial support, care, and guidance. In such situations, it is important to discuss your rights with a Miami car accidents attorney. You can also review some fatal auto crash statistics to understand just how common these tragedies are.

Fatal Crashes in Miami and the Rest of Florida

END_OF_DOCUMENT_TOKEN_TO_BE_REPLACED

When you are trying to cope with the grief and massive losses after losing a family member in an accident, it is comforting to know that you may be able to recover monetary damages under Florida’s wrongful death statute. The law is intended to compensate the victim’s loved ones for the losses they suffer, since they are indirect victims of such a tragedy. Of course, you probably realize that you must meet certain legal requirements to establish your rights. Under the circumstances, you probably wonder how you can provide essential evidence when the decedent is not around to offer it.

Fortunately, the relevant laws provide for such a situation. While you should entrust your case to a Miami wrongful death lawyer, you should understand the importance of proof-related issues.

END_OF_DOCUMENT_TOKEN_TO_BE_REPLACED 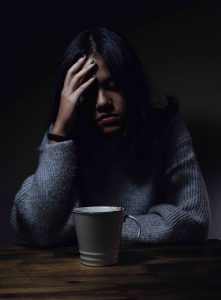 It is devastating to lose a loved one in an accident caused by someone else, but you might get a sense of relief knowing that you have rights as a surviving family member. Under Florida’s Wrongful Death Act, you could be eligible to seek compensation from the responsible person or entity. These claims are similar to other personal injury matters that involve negligence, since you must prove that careless actions were a direct result of the accident. However, wrongful death actions are unique in many ways, especially when it comes to the types of monetary damages you can recover.

While you should always trust a Miami wrongful death lawyer for assistance with any critical legal matters, you can read on to gain a better understanding of compensation in these claims.

END_OF_DOCUMENT_TOKEN_TO_BE_REPLACED 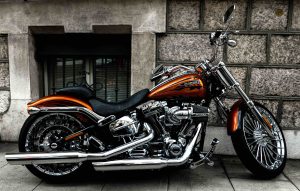 END_OF_DOCUMENT_TOKEN_TO_BE_REPLACED

Self-driving cars are notably convenient and exciting, but the technology behind them has been increasingly associated with personal injury, one case having recently been fatal. According to reports, the family of a man who died while driving a car with its Autopilot function turned on is suing the manufacturer in an effort to not only receive damages but to also force the industry to make smarter decisions when designing and testing new automobile technology.

If you or a family member has suffered an injury while driving a car and are seeking damages, you will need an experienced attorney to assist you with your case. The Miami personal injury lawyers at Gerson & Schwartz, PA will work with you to help you achieve the reward you deserve. Call us at (877) 475-2905.

END_OF_DOCUMENT_TOKEN_TO_BE_REPLACED

Recently, a Boynton Beach, Florida, couple filed a wrongful death lawsuit against a Palm Beach County Sheriff’s Deputy in connection with the shooting of their eighteen-year-old autistic son in 2012. The lawsuit is seeking damages in excess of $15,000.

The lawsuit stems from an October 4, 2012, incident wherein the teen’s mother called 911 seeking help to controlling her autistic son, who could be heard screaming, “you’re going down,” on the 911 tape. En route to the scene, the deputy was advised by his dispatcher that the mother claimed the teen had a “hammer and a tree trimmer” and would “hurt anyone who approaches.” The dispatcher also told the deputy that the teen had placed his mother in a chokehold.

Upon arriving at the scene, the deputy encountered the teen, ordering him to drop the hammer and garden shears. Although both sides agree that the teen complied, dropping the weapons, there is disagreement as to what happened next.