Regardless of the decriminalization and legalization of pot in states across the US, NO jurisdiction has made it OK to drive while under the influence of marijuana. Unfortunately, statistics from the Florida Department of Highway Safety and Motor Vehicles (FLHSMV) reveal that a ban on drugged driving has not deterred motorists from getting behind the wheel while high. There are more than 100 crashes linked to drug and drug/alcohol use every year, leading to almost 50 fatalities and 100 injuries to victims.

Just like DUI, drugged driving is against the law because of the implications on a motorist’s ability to safely operate a vehicle. However, there are key differences with these cases when pursuing an at-fault driver for compensation. One of the most critical is the possible lack of evidence: Whereas you might have proof of BAC via a breathalyzer for a DUI collision, no at-the-scene tests exist to show drug consumption. You can rely on a Miami drugged driving accidents attorney to develop a strategy, but some tips are useful in overcoming this challenge.

What to Do After a Drugged Driving Crash

END_OF_DOCUMENT_TOKEN_TO_BE_REPLACED

DUI and drugged driving have ranked as a top cause of car accidents for decades, but another threat that is almost as dangerous has been making headlines for the last few years — distracted driving. The National Highway Traffic Safety Administration (NHTSA) reports that 2,841 drivers, passengers, pedestrians, and bicyclists were killed because of distracted driving in 2018. That figure is far less than the 10,511 victims who died in drunk driving crashes, but the trend is still cause of alarm. Any time a motorist is texting, talking on the phone, eating, adjusting the radio, or engaged in other tasks, there is a risk of a serious collision.

Though DUI crashes may lead to more fatalities, it is still worth looking at additional statistics on the dangers and how distracted driving causes Miami car accidents.

END_OF_DOCUMENT_TOKEN_TO_BE_REPLACED 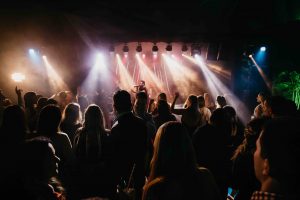 One minute, visitors to a Port Charlotte Harley-Davidson store were listening to a live concert; the next, they were running for their lives from a luxury sports car that an intoxicated woman plowed into the crowd. According to a June 12, 2019 article in the Miami Herald, none of the concertgoers were injured in the chaos that ensued. However, the local country music star who was headlining the event suffered injuries to his foot. Upon arriving at the scene, police detained the woman for questioning, and eventually arrested her for DUI, among other charges.

The penalties for DUI are harsh in Florida, including fines, jail time, and a driver’s license suspension. Unfortunately, these sanctions do nothing for victims who are injured as a result of a drunk driving collision. You do have rights if you are hurt in a DUI crash, and a Florida car accident attorney can assist with your claim. Some general information regarding these cases may also be helpful.

END_OF_DOCUMENT_TOKEN_TO_BE_REPLACED

Per Florida statute, a person shall be charged with driving under the influence if he or she has a “breath-alcohol level of 0.08 or more grams of alcohol per 210 liters of breath.”  In Florida, as in other states, DUIs are a daily threat to public safety. As a matter of fact, per Mothers Against Drunk Drivers (“MADD”), 27.5% of all traffic fatalities in Florida involve drunk drivers. In the 2014 alone, there were 40,677 DUI arrests.

A doctor, 61-year-old Eric Martin Spivack, living in South Florida, was arrested for the crash that killed a pedestrian in North Miami Beach. Spivack faces a DUI manslaughter charge.  Spivack, a cardiologist, was driving when he fatally struck Yakov Duboschinskiy, 77 years of age.  Duboshinskiy was crossing the street when he was hit. When police arrived at the scene, they noted that Spivack smelled of alcohol. A toxicology test would later reveal that Spivack had a blood-alcohol level of .087. This is above the legal limit of .08. Spivack also had traces of codeine in his system.

If you or a loved one are a victim of a crime, it is imperative you hire an experienced attorney.  The Miami crime victim lawyers at Gerson & Schwartz, PA provide high quality legal representation. For more information call us toll free at (877) 475-2905 or contact us online to set up a FREE initial consultation.

END_OF_DOCUMENT_TOKEN_TO_BE_REPLACED

If you are a bartender, or if you own a bar, there is an important law that you should be aware of: Florida’s dram shop law. This law was recently argued in a Florida court following a fatal car accident. Terry Dinkins of Water Park, the owner of Acme Comic Superstore, caused said accident. The night of the accident he visited a bar for an event hosted by Acme. He then drove away from the bar with a blood-alcohol level of 0.20, and began driving in the wrong direction down State Road 436. Mr Dinkins then collided head-on with a gray Nissan. Sylvia Barajas and Brandi Cole, passengers of the Nissan, were killed on impact. Three civil lawsuits followed, one being against the bar. This lawsuit alleges that the bar was negligent under Florida’s dram shop law. This post will define Florida’s dram shop law and hopefully provide some clarity.

How the Dram Shop Law Works in Florida

Upfront, various states have dram shop laws that allow injured people to seek compensation from a third party, such as a bar or a host at a social gathering, if that third party provided alcohol to someone who then caused an alcohol related accident. Florida’s dram shop law differs from other states’ dram shop laws. In Florida, per Florida Statute Section 768.125, if an individual willfully and unlawfully provides alcohol to a minor under 21 years of age or knowingly provides alcohol to a person habitually addicted to alcohol, that person, or bar, may be held liable for any injuries caused by the minor or the person who is habitually addicted.

END_OF_DOCUMENT_TOKEN_TO_BE_REPLACED

Nearly 30 percent of deadly car wrecks in Florida are attributable to drunk drivers. That percentage translates to nearly 700 car crash deaths caused by drunk driving in the state of Florida. To our team of Miami car accident lawyers, that is 700 deaths too many.

Statistics from Mothers Against Drunk Driving reveals that someone is seriously injured by a drunk driver almost every 90 seconds and an average of 28 people die as a result of drunk driving accidents.