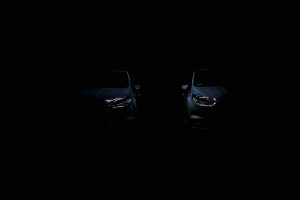 If a new car is on your wish or gift list for the 2019 holiday season, there is a good chance you are already doing your homework to find the best model that suits your budget and needs. It is understandable that cost, size, brand, and other factors will impact your decision, you should also make safety features a key consideration. There are many online tools you can take advantage of as you are conducting your research, notably SafeCar.gov, a website managed by the National Highway Transportation Safety Administration.

Some of the most important safety features can help you avoid a Miami car accident entirely, while others are critical in reducing the likelihood of severe injuries if you are involved in a crash. As you are engaged in your holiday car shopping, pay special attention to:

END_OF_DOCUMENT_TOKEN_TO_BE_REPLACED

This past Thanksgiving weekend, was unfortunately fatal for several drivers in the Miami area. According to a spokesperson for the Florida Highway Patrol, “Thanksgiving is the most dangerous holiday in the United States.” Additionally, “The day before Thanksgiving, fatal accidents increase by 15 percent. That’s why the Florida Highway Patrol is out here, committed to have a high presence and make sure that motorists that are driving to visit their families get there safe.” Highway patrols across the nation made similar pronouncements about increased patrols in an attempt to prevent car accidents.

Curiously, among the serious accidents that happened, there were three where a vehicle crashed and ended up in a canal of some sort, resulting in the death of five individuals.

END_OF_DOCUMENT_TOKEN_TO_BE_REPLACED

Various news outlets reported that a driver-less vehicle crashed into a semi truck following its launch at an event in Las Vegas earlier this month. The crash occurred just two hours after the introduction and promotion event for the first self-driving shuttle in the United States aimed at serving the public. Interestingly, it was the human driver of the other vehicle that was reportedly at fault. Fortunately the incident only caused minor damage and there were no injuries.

The shuttle in question, which can transport up to 12 passengers at a time, comes equipped with electric curb sensors and uses a Global Positioning System (GPS) in lieu of a steering wheel or brake pedals.

The introduction of the shuttle comes on the heels of the passage of the Self Drive Act, in the U.S. House of Representatives earlier this fall. If passed in the Senate, the bill would exempt car manufacturers from having to follow various state and federal regulations that typically apply to automobile manufacturing. States would still be able to determine whether or not to allow self-driving cars on their roads.

END_OF_DOCUMENT_TOKEN_TO_BE_REPLACED

You are driving on Coral Way in Miami when another driver slams into the back of your vehicle. The entire rear end of your car is damaged and will need extensive repairs. In addition, you suffer serious injuries including a sprained shoulder, fractured wrist, and whiplash. You decide you want to hire an attorney. Our team of experienced Miami car accident lawyers want to be sure you are prepared for this meeting. Below are some important questions you should ask a lawyer during a free, initial consultation:

END_OF_DOCUMENT_TOKEN_TO_BE_REPLACED

A tragic car crash occurred in Miami resulting in the death of one person and serious injuries to seven others. News reports indicate that a vehicle was traveling east on Northwest Seventh Street when a collision occurred at the intersection with 35th Avenue. Two elderly individuals (one of whom passed away later on at the hospital) and six teenagers were involved in this awful wreck. Our team of Miami car accident lawyers are deeply saddened to hear about another preventable car crash in which live were forever changed.

This terrible crash is an example of just how precious life is and the fact that, in the blink of an eye, everything can be turned upside down. Just think, the elderly couple involved in this wreck was simply going about their day. Now, a spouse is dead and the other is left to pick up the pieces.

The six teenagers involved in the crash ranged in age from 17 to 19. Two of the teenagers had to be transported to Jackson Trauma Center due to the severity of their injuries. The students just finished with class at Green Springs High School when the crash occurred, according to 7 News.

END_OF_DOCUMENT_TOKEN_TO_BE_REPLACED

Two teenagers from Lakewood Ranch, Florida tragically died after an accident that left their vehicle split in half. One of the teenagers, a 17-year-old boy, was operating a Mercedes when he failed to negotiate a curve and crashed into a tree in the median, according to CBS Miami.

Both the driver and his 15-year-old passenger died as a result of the crash. Our Miami car accident injury attorneys are deeply saddened by this news. Losing anyone in a preventable car accident is a tragedy, but it is especially gut-wrenching when those taken from us are so young.

Florida Highway Patrol officials suspect speed may have played a role in the crash, but continue to investigate. If it turns out that speed was a contributing factor, the family of the 15-year-old passenger may have a basis to pursue a wrongful death claim. This is a claim based upon a state law known as the Florida Wrongful Death Act.

END_OF_DOCUMENT_TOKEN_TO_BE_REPLACED

Fleeing the scene of a car accident is totally unacceptable and is against the law in Florida. Our team of Miami car accident lawyers takes this issue seriously since a hit-and-run accident has ramifications long after the collision.

The consequences of leaving the scene of a car wreck are quite serious. Take, for example, what recently happened to former TV star David Cassidy. He is facing up to a year in prison after the actor-singer was cited for fleeing the scene of an auto accident in Fort Lauderdale, according to Miami.com.

According to Florida Highway Patrol records, Cassidy was traveling on I-595 “at a high rate of speed” and “in and out of traffic.” The front of Cassidy’s passenger side collided with the back of a box truck. After the collision, Cassidy immediately fled the scene hoping to avoid any negative repercussions. Fortunately, a witness saw the crash and provided state troopers with a picture of the license plate.

END_OF_DOCUMENT_TOKEN_TO_BE_REPLACED

When someone gets involved in an auto accident and suffers an injury, whether in Fort Lauderdale, Broward County, or any other area of Florida, they usually want the driver that hit them to be held responsible and cover their medical bills, lost wages, and other damages. However, you need to be aware of a legal doctrine known as comparative negligence. As Miami personal injury attorneys, we deal with this doctrine on a daily basis.

If you partially contributed to the cause of the accident that resulted in your harm, a judge or jury can take that into consideration and compare the negligence of both parties. This comparison can result in a reduction in the amount of damages the other party has to pay, based on a determination of comparative negligence. For example, let’s say you are a pedestrian hit by a driver, but the evidence indicates that you were walking across the street in an area not designated for pedestrians. A judge or jury, applying comparative negligence, could determine that both you and the driver were negligent and apportion damages accordingly. They could, for example, determine that the driver was 75 percent negligent and you were 25 percent negligent and reduce any monetary damages award by 25 percent.

END_OF_DOCUMENT_TOKEN_TO_BE_REPLACED

You are driving down Coral Way in Miami and another vehicle t-bones your car. You smack your head against the driver’s side window and the airbags deploy. You have suffered serious injuries and will likely need significant treatment. When should you hire a Miami personal injury lawyer?

Answer: sooner rather than later. Why? Because of the statute of limitations.