Any workplace in any industry can be dangerous for workers, so it is a relief to know that Florida workers’ compensation laws exist to protect your interests if you were hurt in a work-related accident. Fortunately, the system is one of no-fault, so you do not need to prove that your employer was negligent or somehow responsible for causing the incident. If you qualify, you can start receiving your monetary benefits promptly. However, there is a caveat: Filing a workers’ comp claim is your sole remedy, and you are barred from seeking damages in civil court.

This is a significant drawback in certain situations, but you should note that there are exceptions to the exclusive remedy rule. You could open the door to civil litigation – and significant advantages – if you fall within one of them, and a Miami workplace injury lawyer can advise you on the specifics. An overview of the basic legal concepts may also be useful.

END_OF_DOCUMENT_TOKEN_TO_BE_REPLACED 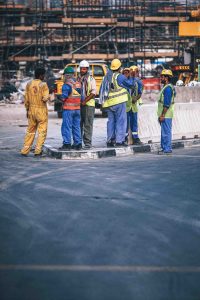 As a construction worker, you know how dangerous and constantly changing your work environment can be. This industry is one of the most hazardous in the US, as the Bureau of Labor Statistics consistently ranks it in the top three for most nonfatal injuries and in days away from work. Fortunately, Florida’s workers’ compensation system protects construction workers who are hurt in on-the-job accidents.

However, there is one aspect of state workers’ comp laws that is unfamiliar to many employees, termed “exclusiveness of liability” under the Florida statute. In short, it means your workers’ comp benefits are your sold remedy and you are limited in terms of what you can recover – unless you qualify for one of the exceptions. A Florida construction accidents lawyer can explain in more detail about scenarios where you may be able to file a lawsuit for your losses.

END_OF_DOCUMENT_TOKEN_TO_BE_REPLACED

The state of Florida has a serious work-related death problem, the causes of which are not entirely clear. With 221 deaths in 2014, Florida has the second highest rate of work-related deaths in the country based on population behind only Texas. Florida consistently ranks in the top three each year. If you had a loved one killed in a work-related incident, do not hesitate to contact a Miami Wrongful Death Attorney.

The Bureau of Labor Statistics reported that construction, transportation and warehousing, and administrative and waste services were the industries with the highest fatality rates in the state of Florida and nationwide.

Some of these work-related deaths were gruesome, such as one man being pulled into a wood chipper and another being buried alive at a construction site. But most work-related deaths could have been prevented if companies better adhered to standards and regulations set by the federal Occupational Safety and Health Administration. According to OSHA, the actual number of work-related deaths are probably much higher than the number reported because these figures do not take into account deaths due to long term, slow acting factors such as exposure to pesticides and other hazardous chemicals in the workplace.

END_OF_DOCUMENT_TOKEN_TO_BE_REPLACED

In a bold decision, Miami Dade’s Judge Cueto struck down Florida’s Workers’ Compensation statute as unconstitutional. The ruling is considered a victory for injured workers.

The History of Workers’ Compensation

Before workers’ compensation, employees injured on the job sued their employers in the same manner other victims sued over their injuries. Legislatures eventually realized this was not fair for many workers, as personal injury suits frequently took a long time to settle. Worse, some on-the-job injuries did not result from negligence, but merely from working in an inherently dangerous job. Many injured workers had little or no monetary relief for their injuries.