Possibly the most devastating news new parents will ever receive is a diagnosis that their infant suffered head injuries or traumatic brain injury (TBI). Various factors during gestation, during labor, and shortly after delivery can lead to serious, life-long medical conditions, including cerebral palsy, Hypoxic Ischemic Encephalopathy (HIE), or cognitive disorders. At such an early age, your newborn baby needs immediate and potentially extensive treatment. Limitations have impeded such efforts in the past, but a recently developed technology known as Magnetic Resonance (MR) Spectroscopy offers new hope for parents: This new scan could lead to detection of brain trauma in infants up to two years earlier than currently employed methods.

Though the MR spectroscopy cannot reverse the damage, it can inform physicians and parents regarding a life care plan for the child. In addition, the technology can be useful when you are seeking your legal remedies through a medical malpractice claim. You should discuss your options with a Miami birth injuries lawyer, but an overview of this brain scan may be useful.

END_OF_DOCUMENT_TOKEN_TO_BE_REPLACED

Traumatic brain injuries (TBI) are among the worst, most catastrophic forms of bodily harm a victim can suffer in an accident, especially since the consequences and complications can be long term. The implications can range from minor neurological issues to post-traumatic stress disorder (PTSD) to extreme cognitive impairment. If you or a loved one suffered TBI in an accident, you may be pleased to learn that researchers from the National Institute of Nursing Research (NINR) have developed a predictability tool that can identify patients who may experience future neurological decline. With this information, you can work with your health care providers to develop a plan of care.

However, the predictive technology may also support the pain and suffering component of your compensation in a personal injury claim. A Miami catastrophic injuries attorney can explain in more detail about how the NINR findings are a positive development for victims of TBI.

Overview of the NINR Study and Findings

END_OF_DOCUMENT_TOKEN_TO_BE_REPLACED

There is no question that immediate medical care is at the forefront when treating a traumatic brain injury (TBI). Whether from a car accident, slip and fall, dangerous product, or other incident, your first priority as the victim’s loved one should be seeking emergency or urgent medical attention. However, as this individual’s health stabilizes, you will soon begin to learn what the future holds and the big picture of serious TBI complications. When that time comes, it is essential to consider a life care plan focused on the victim’s comfort and well-being.

While the primary objective of the TBI life care plan is developing a strategy for the future, you should also be aware of how it works into your legal remedies. Your Miami traumatic brain injury attorney can explain in more detail, but you may find an overview to be useful.

END_OF_DOCUMENT_TOKEN_TO_BE_REPLACED

People of all ages can sustain head trauma in an accident, but statistics from the Brain Trauma Foundation reveal that the risks for children are shockingly high. Every year in the US, 2.5 million individuals suffer traumatic brain injury (TBI) and around 50,000-60,000 children are hospitalized for these injuries. Plus, TBI is also the leading cause of death and disability among individuals under 18 years old, as they carry significant long-term physical and emotional implications.

Though you want to do all you can to protect your child when you know the risks of TBI, accidents can still happen. A Miami brain injury attorney can explain your legal options if your child was hurt, but knowing how these injuries happen may help you reduce the threat.

END_OF_DOCUMENT_TOKEN_TO_BE_REPLACED 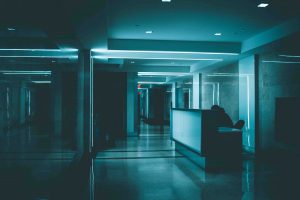 You can expect any head or brain injury to come with sky-high medical bills, but some forms of trauma are so severe that the costs of treatment run into the millions of dollars. According to researchers at Northwestern University’s Feinberg School of Medicine, victims who suffer traumatic brain injury (TBI) could incur up to $3 million in health care costs over their lifetimes. Plus, there are many associated and indirect costs that you may not consider. When a person sustains TBI, the circumstances affect entire households, causing extreme emotional and financial losses in addition to the physical harm.

It may come as some relief to know that you may be able to recover compensation to cover these losses, and a Miami personal injury lawyer can advise you on the legal process. However, it is also important to review the direct and indirect costs of TBI, so you know the difficulties you could be facing.

END_OF_DOCUMENT_TOKEN_TO_BE_REPLACED 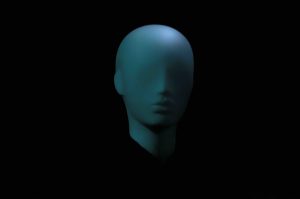 One of the most common types of bodily harm victims suffer in serious accidents are traumatic brain injuries (TBI). However, beyond this general classification, there are countless variations based upon the severity and area of the brain that is affected. On the one hand, a minor TBI may not result in a significant impact on your life; on the other hand, there could be serious medical complications that affect you for years. When you are dealing with such a wide range of variables, you will no doubt wonder how long it will take you to recover from TBI.

While your doctor is the best resource from a medical standpoint, your Miami personal injury lawyer also plays an important role for the legal aspects of TBI recovery time. A summary of the key issues may be helpful.

END_OF_DOCUMENT_TOKEN_TO_BE_REPLACED

The Brain Injury Association of America (BIAA) defines a Traumatic Brain Injury (a.k.a TBI) as “an alteration in brain function, or other evidence of brain pathology, caused by an external force.” Anyone can fall victim to a traumatic brain injury at any time. Our team of Miami personal injury attorneys have heard of people suffering TBIs in car accidents, motorcycle wrecks, truck accidents, and many other preventable accidents. The consequences can be devastating and life altering.

Living with a Traumatic Brain Injury

Adequately funding the treatment for a traumatic brain injury victim can be extremely difficult because of increased need of medication, rehabilitation, post-injury checkups, and potentially dedicated at-home care.

END_OF_DOCUMENT_TOKEN_TO_BE_REPLACED

Over the last few years, the dispute regarding the effect of concussions on players in the National Football League has intensified, resulting in increased scrutiny of the manner in which NFL officials handled the situation. In August, ESPN withdrew its support for a documentary entitled “League of Denial,” investigating the NFL’s handling of the concussion crisis among its players.

ESPN claimed that its decision to end collaboration on the project with Frontline, a PBS series, was the result of its realization that it did not have editorial control over the content of the documentary. The New York Times reported that the real reason ESPN backed out was due to pressure placed on it by the NFL.

League of Denial explores the NFL’s resistance to acknowledging the growing evidence of the link between concussions and progressive degenerative brain disease. More importantly, the documentary brings much needed attention to the issue of brain injuries and the negative and long-lasting effects they can have on those afflicted by them.

A traumatic brain injury is a type of brain injury that results in disruption of normal functioning and can result from any accident in which the head sustains direct trauma, a lack of oxygen, or as a result of a closed head injury.

END_OF_DOCUMENT_TOKEN_TO_BE_REPLACED

The Miami suit is one of nearly two dozen filed nationwide in recent months by former professional football players against the NFL and football helmet manufacturers. With hundreds of plaintiffs throughout the country, billions of dollars are potentially at stake. Plaintiffs include both largely forgotten players and league stars like Jim McMahon and Jamal Lewis. Four similar lawsuits were recently consolidated in the Eastern District of Pennsylvania in Philadelphia before Judge Anita B. Brody. Other player lawsuits are expected to be consolidated with the multi-district litigation in the near future. Last week, a website intended for both former and current players was established to track concussion-related litigation against the NFL.

Because of the potentially lasting effects on an individual’s health, any brain injury should be taken seriously. Even a minor head trauma can have a devastating effect on a victim’s quality of life. A traumatic brain injury can cause both short and long term physical and cognitive disabilities including memory loss, depression, seizures, and changes in personality. A head injury may also raise the risk for developing other brain conditions in the future.

A disabling brain injury can result from any type of head trauma including a fall, car accident or a sports-related concussion. The medical costs associated with treating a brain injury can be astronomical. If the victim requires daily care, treatment costs will be ongoing and even higher, dramatically altering a brain injury victim’s future. If you or your loved one has suffered from a traumatic brain injury due to another party’s negligence, you have the right to seek compensation for your injuries.