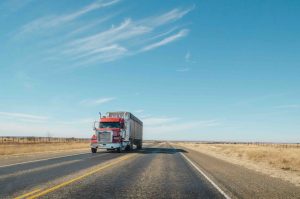 Any truck collision can lead to serious injuries due to the size difference between an 18-wheeler and a passenger vehicle, but underride crashes are among the most horrific. An “underride” impact occurs when a smaller car slides underneath a truck’s trailer, often smashing the roof, shearing it off, or penetrating into the cabin. Though the National Highway Traffic Safety Administration (NHTSA) has enacted numerous rules requiring trucks to install preventative safety equipment, these crashes are still a severe threat. They can lead to catastrophic injuries that change the lives of victims forever.

If you were hurt in an underride crash, a Miami truck accident attorney can explain your rights and potential legal options to seek compensation. You may also find some general information to be useful.

What You Should Know About Underride Accidents

END_OF_DOCUMENT_TOKEN_TO_BE_REPLACED

According to the Florida Department of Highway Safety and Motor Vehicles, truck accidents in Miami-Date County make up just 13% of all traffic crashes. However, these incidents are far more likely to result in life-threatening or catastrophic injuries to occupants of the other vehicle. The losses for victims can be devastating, including sky-high medical bills, excruciating pain, and indescribable suffering. As such, it’s important to seek compensation from all available sources if you were injured in a truck crash.

Fortunately, state laws do extend liability in many truck accident claims – even beyond the truck driver and insurance company. You should discuss your situation with a Miami truck accident attorney, but some examples may help you understand what individuals and entities may be potential parties.

END_OF_DOCUMENT_TOKEN_TO_BE_REPLACED

Statistics issued by the National Highway Traffic Safety Administration (NHTSA) indicate that an estimated 116,000 people were injured in accidents involving large trucks in 2015. This means that, on average, nearly 318 people were hurt in truck accident every day in the United States.

Large commercial vehicles like semis, 18-wheelers, tanker trucks, and others pose risks to motorists not posed by smaller vehicles. For example, large trucks are much more prone to rollover accidents than smaller vehicles, due to their higher center of gravity. When trucks are involved in rollover accidents, they are impossible to control, often resulting in extremely serious injuries to those around them.

According to a report published by nbcmiami.com, a tractor-trailer ended up on its side after a rollover accident on a ramp from I-595 to the Florida Turnpike in Davie just north of Miami. Fortunately, no one was hurt in the crash, but the incident highlights the fact that these accidents can occur anywhere and without warning.