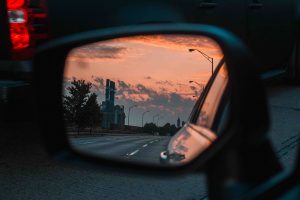 Backup cameras have been lauded both for their convenience in parking and because they may reduce the risk of injury-causing accidents, especially for drivers of SUVs. The National Highway Traffic Safety Administration (NHTSA) has required these video features among other Driver Assistance Technologies since May 2018, citing statistics that show around 300 people are killed and another 18,000 are injured every year by motorists who back into them.

It is hard to think that there could be a downside to rearview video systems (RVS), but there are pros and cons involved with the technology. Backup cameras do not completely eliminate the potential for collisions, which is why it is important to talk to a Miami car accidents attorney if you were hurt under such circumstances. You might also find it helpful to read up on some important information.

The Pros of Backup Cameras

Generally speaking, RVS technology gives drivers a view into blind spots that they would not normally be able to see when in reverse. Even the most cautious, prudent motorist may miss an object immediately behind the vehicle – particularly in the case of SUVs. The rear blind spot for a passenger sedan is around 15 feet, but that number increases to 25 feet for larger pickup trucks and SUVs. A person who wanders into this zone could be struck by a motorist in reverse while parking or backing out of a driveway. Backup cameras also provide other benefits, such as:

The Cons of Backup Cameras

The biggest concern about RVS is that they do not do enough to reduce the risk of auto collisions. According to NHTSA figures, auto makers sold twice as many vehicles with backup cameras – going from one-third to almost 70% of all new cars sold from 2008-2011, before they became mandatory. Despite this increase, injuries from vehicles in reverse dropped just 8%, from approximately 13,000 to 12,000 during the same time period.

Some analysts believe that RVS technology does nothing more than provide a false sense of security for some motorists. They become complacent and rely too much on the camera, so they fail to look around the vicinity when shifting into reverse. In addition, drivers may be distracted while backing up, such as by texting or talking on the phone.

The benefits of backup cameras are obvious, but it is important to remember that the technology can only reduce the likelihood of crashes. The human element is always a factor, making collisions a very real threat when drivers are negligent in operating a vehicle in reverse. If you were injured and want to know more about your rights, please contact Gerson & Schwartz, PA. We can schedule a free consultation at our offices in Miami, Fort Lauderdale, or West Palm Beach, FL to discuss your situation.