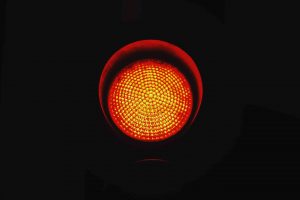 The Florida Department of Transportation (FDOT) hosts various events and initiatives throughout the year to promote safety on the state’s roads, and the upcoming “Stop on Red” Week will highlight the importance of obeying traffic signals. Starting August 4 – 10, 2019, FDOT will be posting helpful articles and tips on social media to remind drivers of the laws intended to prevent fatal and injury-causing accidents.

Stop on Red Week has been successful throughout the US in raising awareness, but there are still drivers who intentionally or carelessly run through red lights. If you were hurt in a red light crash, you should consult with a Florida car accident attorney regarding your rights. You can also read on for an overview of the main points of the red light initiative.

The Stop on Red Week website includes a full list of the Top 10 dangers and reasons it is critical to comply with traffic signals. Some of the key points include:

Recovering Compensation for Your Losses

Running a red light is unlawful and can lead to a traffic ticket by authorities, but – in itself – this misconduct does not automatically entitle victims to compensation. Instead, you must prove the same elements that apply in any motor vehicle crash:

By presenting solid proof of each of these elements, you may be entitled to monetary damages for your losses. Typically, your first step is to file a claim with the responsible driver’s insurance company. However, it may be necessary to initiate litigation if the insurer does not offer a fair, reasonable settlement amount.

Schedule a Free Consultation with a Florida Car Accidents Lawyer

For more information on your rights as a victim of a red light crash, please contact Gerson & Schwartz, PA. We can set up an appointment to discuss your legal options at our offices in Miami, Fort Lauderdale, or West Palm Beach. Once we have a chance to review your situation, we can provide more information on how to proceed.